You can never go wrong with a vacation movie. It’s in the middle of winter and you’re an icicle–why not warm up at the beach? It’s in the middle of a pandemic and you’re stuck at home-why not travel to an island? Just looking at images of white sand and turquoise water is instantly relaxing, so we’ve put together a list of films that are as relaxing as a Four Seasons massage. 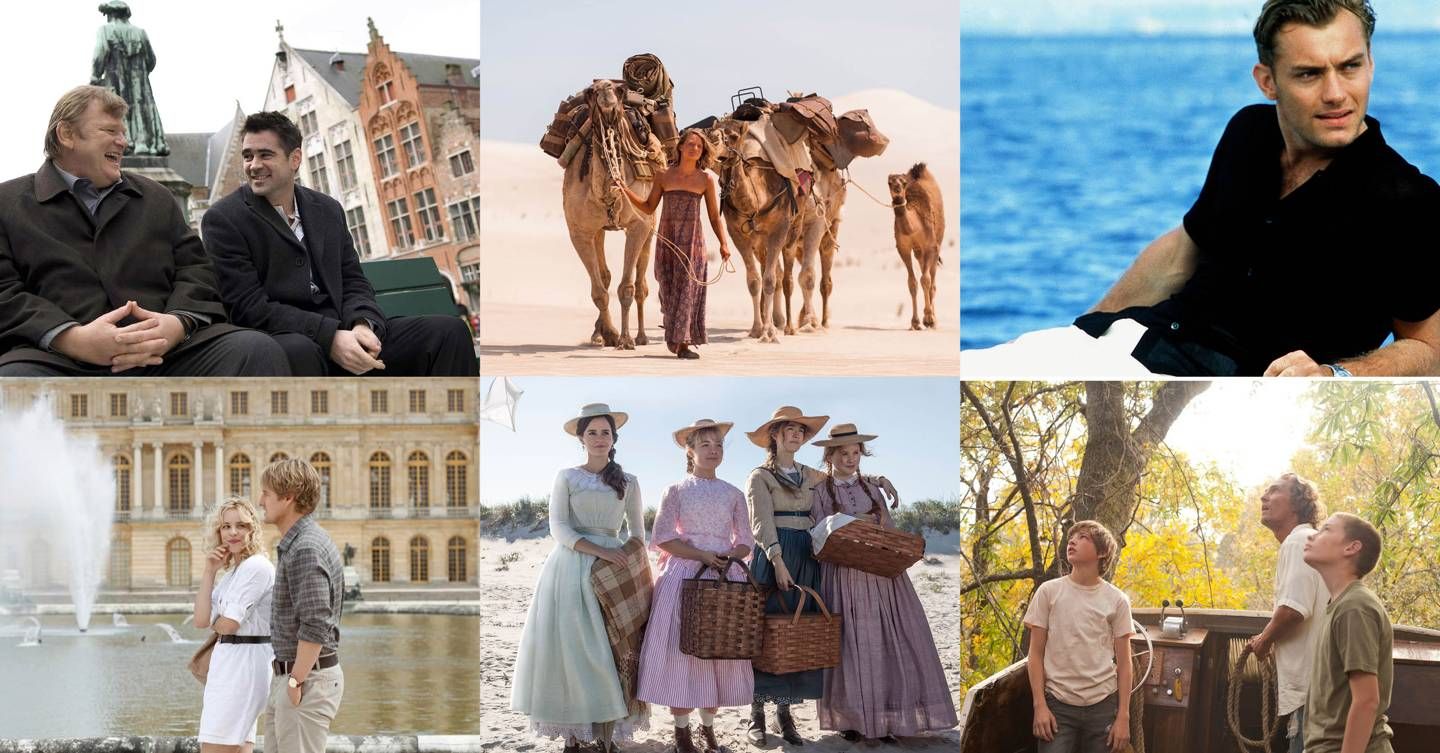 Mama Mia is the first thing you think of when it comes to vacation films. Where else can you watch Meryl Streep, Pierce Brosnan, Colin Firth, and Amanda Seyfried dance around Greece while singing ABBA? The sequel aside, this is a one-of-a-kind charmer that will have you checking Booking.com for prices on Greek hotels.

It has “vacation” in the title–of course, we’re going to include National Lampoon’s Vacation, a road trip set to one-liners, and a killer soundtrack. Holiday Road will be stuck in your head for days on end.

The latest Pixar movie is pretty good, but it has some rough spots compared to other animated movies this year. That being said, it has everything you could possibly want from a vacation: friends, family, beaches, Italy. Two sea monsters pose as humans on the Italian Riviera, where anything is possible and everything is beautiful.

We have a lot of movies set in Italy, because, well, it’s Italy. Our next trip is the most romantic of the bunch. David Lean’s ode to Venice is better than any postcard–it’s a romance between Katherine Hepburn and Renato Di Rossi that positively sparkles.

Two girls swap identities as a prank, and the result is every bit as transporting as a trip to Tuscany.

Speaking of trips to Tuscany, Diane Lane plays a recently divorced writer who takes a trip to–you guessed it!– Tuscany in this based-on-a-true-story romance. She buys an Italian villa, falls for an Italian man, and eats Italian food. What more could she ask for? Just when you think this ideal vacation can’t get any more ideal, she turns a Tuscan ruin into a Pienza mansion.

I Know Where I’m Going! is a different look at vacation, as well as a different look at Scotland. Wendy Hiller plays a bride-to-be who gets stuck in a rainstorm that prevents her from reaching a nearby island. There’s no sunshine; no beaches. What we have here is a destination that feels as old as the hills, and as comforting as a wool sweater on a windy afternoon.

Point Break begins and ends at the beach. Keanu Reeves is brutally efficient as Johny, an FBI agent who goes undercover to take down a crew of bank robbers. Of course, things don’t go as planned. If you like your beach towns packed with surfers, gunfights, car chases, and bro downs, this is the film for you.

Rom-coms were the name of the game in the 1930s, ’40s, and ’50s. One of the all-time great rom-coms, Roman Holiday, came out in 1953 and followed an undercover princess (Audrey Hepburn) who spends an afternoon touring Rome with Mr. Peck. A scene where the two ride a Vespa is pure bliss.

When people talk about the countryside in France, they are talking about A Day in the Country. Jean Renoir’s shortest film is also his most vibrant. Four lovers frolic in fields, row down streams, and wander aimlessly through a chateau. It’s #goals for anyone who wants to escape life in the city.

The Sisterhood of the Travelling Pants (2005)

What’s better than one vacation? Four vacations! Watch as four friends part ways for the summer, each on their own holiday.

Dazed and Confused is the ultimate high school vacation. There are beers, parties, adventures, great music, and good vibes. See it with some buds.

Before he was a beloved, rising star, Timothee Chalamet was acting in indie and art-house flicks. Call Me By Your Name was his breakout, and its view of Italy through the eyes of a youngster will have you googling every location he visits. Crema. Bergamo. Lombardy. You’ll want to visit them all.

Ponyo feels like a dream. Maybe that’s because it’s animated by Hayao Miyazaki, co-founder of Studio Ghibli. Everything is heightened in this magical world of sea monsters, maternal wizards, thousand-foot waves, and serene vistas. Everyone from ages 9-to-99 will be caught in its spell.

Summer, surfing, adventure. What more could you ask for? The Endless Summer follows two surfers as they ride waves off the coast of Australia, New Zealand, Tahiti, Hawaii, and South Africa. Not only do we get to see some pretty rad surfing, but we also get to explore some of the most exotic beaches, forests, and deserts on planet earth. Come for the waves; stay for the travelogue.

The heat can really get to you in a place like the Catskills. It can get hot, sweaty, dirty–and I’m not talking about the weather. I’m talking about the dance academy at Kellerman’s Resort, where Jenifer Grey and Patrick Swayze get to know each other inside and out. Dancing, love-making, and Bill Medley ensue.

The Talented Mr. Ripley is a delightful twist on the vacation movie that is clearly made by people who love the genre. Showcasing Italy in all its glory, this movie sucks you into its setting only to rip the rug right out from under you. What starts as a dream vacation ends with a shoutout to Norman Bates.

We had to have at least one movie with Adam Sandler, the comedian known for setting movies in tropical locations. This one’s set in Maui, and there are plenty of jaw-dropping beaches and resorts sprinkled throughout.

If you’ve spent time in a small town–or, you know, have been a 12-year-old boy– then you can appreciate this comedy about a group of friends who go looking for a body in the woods. The epic cast (River Phoenix, Kiefer Sutherland, Will Wheaton) and relatable adventure make it a must-watch.

A long time ago, someone asked me: “If there’s one movie you could live in, what would it be?” My answer was Amarcord. A delightful, colorful, and childish look at Federico Fellini’s hometown, this is one of those films that is less about a story, and more about a time, a place, an experience. Nina Rota’s score is even better than his work on The Godfather, and the cinematography is so lovely you’ll want to step inside the screen.