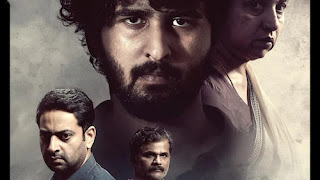 Revathy and Shane Nigam, who have been missing from screens for a while, take the film through the entire process.

Bhoothakalam Movie Review: Retaining the core, while leaving us with enough strands to hold on to, is an art. But keeping everything in a script has its dangers, especially when you don’t have enough to surprise the viewer later on. Bhoothakalam shows us how to do it right, in a rather low-key and effortless way.

If one starts watching the movie without reading or hearing anything about it, the opening scenes give one the feeling that this is a drama about the strained relationship between Asha (Revathy) and her son Vinu (Shane Nigam), who are struggling. with mental health problems. Asha works at a school, which is the only source of income for the family, which also includes her bedridden mother. Vinu, a pharmacy graduate, struggles to find work. The tension and rift between him and her mother are compounded by her reluctance to let him move out of town in search of better opportunities.

The situation further exacerbates her worn mental states. It is on this foundation that filmmaker Rahul Sadasivan begins to build the horror portion of the film, even as the unsuspecting audience is slowly drawn into some chilling sequences. But where the script, written by Sreekumar Shreyas along with the director, succeeds is in injecting a sense of skepticism into the audience about what’s happening on screen. When we first see Vinu trapped inside a room, we assume it might be due to his state of mind. Later, when a mental health counselor (Saiju Kurup) visits his home and his neighbor tells him, “Something’s wrong in that house,” we tend to see it as a simple nod to the usual horror movie tropes, rather than to take that comment. seriously.

Even when things escalate later on, for a while we assume it might be one of those attempts to lead us down the wrong path. The effectiveness of the script lies in managing to keep this feeling in us almost until the end.

The horror part is almost incidental to the narrative, which places mental health and the need for mutual understanding at the center. In fact, Vinu’s problems are compounded by the inability of those around him to believe his claims, many of which seem exaggerated and are often understood to be the product of his unstable mind.

Revathy and Shane Nigam, who have been missing from screens for a while, are taking the film forward. Shehnad Jalal’s unhurried camerawork, especially within the claustrophobic-inducing rooms, plays a huge part in how we feel what we feel.

Bhoothakalam is a textbook on how to scare the audience with minimal use of startling techniques. In the end, one wonders if the title of the film refers to the past or to ghosts.

Bhoothakalam is currently streaming on SonyLIV