It would not be an exaggeration to say that the Bollywood movies of the 90s were one of the main reasons why the decade became a mainstay of Indian pop culture. The ’90s introduced us to cinematic gems that paved the way for the stories and actors we appreciate today, not to mention the memorable dance hooks and fashion trends they inspired. From iconic songs and punchy dialogue to bracing action and slick performances, we’re bringing you the ultimate nostalgia with these 10 Best Bollywood Movies of the ’90s:

Ageless love stories, inspiring war dramas, hysterical comedies and more, these ’90s films are the ultimate blast from the past 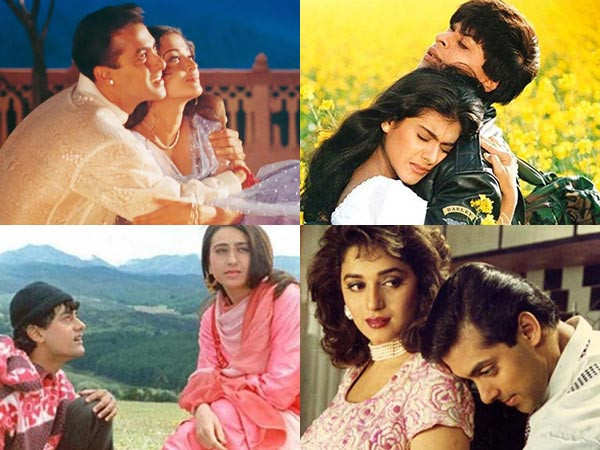 Sanjay, a carefree young man, experiences mental and physical transformation to compete in an inter-collegiate bicycle race after his elder brother is unable to participate due to an injury.

Damini witnesses her housemaid being raped by her brother-in-law and his friends. Despite facing many obstacles, she strives to get justice for her with the help of her husband and Govind, a lawyer.

Amar and Prem, who belong to middle-class families, compete to win over Raveena, a millionaire’s daughter. Along the way, they run into a local gangster, Teja, who turns their lives upside down.

Raj and Simran meet during a trip across Europe and the two fall in love. However, when Raj learns that Simran is already promised to another, he follows her to India to win her and her father over.

A band of 120 Indian soldiers in the Longewala region defend their post all night until they receive assistance from the Indian Air Force the next morning.

After reading the letter her mother had written for her before she died, Anjali decides to bring together her widowed father, Rahul, with his true love who is also named Anjali.

Durga’s brother is killed in a gang war, turning him into a revenge-seeking man with a mission. Now, his ex-girlfriends cop husband is out to get him. Finally, the two team up to nab the real culprit.

When Sonu and Monu, two mischievous brothers, play a prank on their father, he sends them for work to Goa. They end up falling in love and go to great lengths to impress the girls’ father.

After his brother is killed and father severely injured by terrorists, a young medical student quits his studies to join the Indian Police Service to wipe out the terrorists.

Raghu, a simpleton, and his best friend decide to run a food stall to get rid of their unemployment. However, Raghu’s life takes a drastic turn after he accidentally kills one of their customers.
Release date: 7 October 1999 (India)
Director: Mahesh Manjrekar
Sequel: Hathyar
Box office: ₹41.3 crore
Produced by: Deepak Nikalje