Cities and states no longer exist as mere settings in Hindi movies. Often, they become characters, adding their unique cultural flavor, visual appeal, and linguistic nuances to drive the story forward. Bollywood directors have traveled the length and breadth of the country to find venues that suit their story. Here are some Hindi movies that really captured the essence of India. 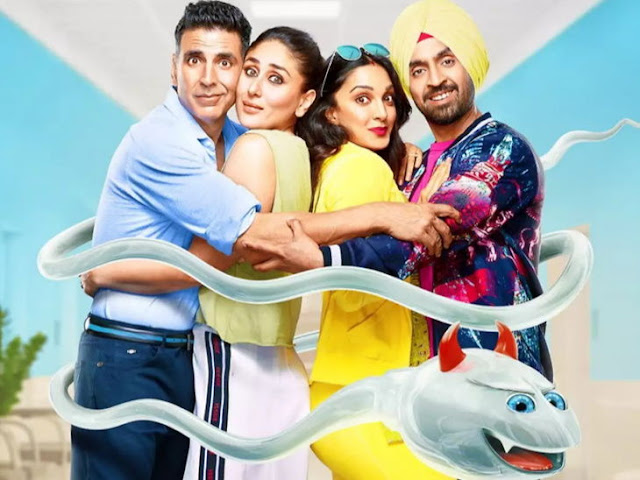 The country’s capital has its own cultural nuances and its own language and it takes a filmmaker familiar with the city not to overdo it. Director Saket Chaudhary struck that balance with Hindi Medium, where Irrfan Khan and Saba Qamar struggle to secure their son’s admission to an English secondary school. From the rich and elegant houses of South Delhi to the alleys of Chandni Chowk and Karol Bagh, the taste of the city becomes a major character in Chaudhary’s film.

When five friends set off in search of Fanny, Naseeruddin Shah’s love interest in the film, they set out on a road trip that gives him a glimpse of Goa beyond sunny beaches and adventure sports. Reportedly, director Homi Adajania took the help of Goan writer Cecil Pinto to get the cultural nuances right for the quirky satire. Goan villages like Saligao, Parra, Assagao, Aldona, Socorro and Cortalim were the filming locations for the choral film, also starring Deepika Padukone, Arjun Kapoor, Dimple Kapadia and Pankaj Kapur.

In Sujoy Ghosh’s mystery thriller, a pregnant Vidya Balan arrives in the city of Kolkata in search of her missing husband during the Durga Pujo festival. There is a lived-in feel that the director brings to the film with his yellow cabs, puchka stalls, fish markets, the tram, and the Victoria Memorial, among others. The portrayal of the Durga Pujo festival and the way Balan disappears into the crowd of women wearing identical white saris with red borders at the end shows how familiar the filmmaker is with the city and its culture.

Filmmaker Rohit Shetty prefers Goa as the setting for most of his films, but for the fourth film in his Golmaal series, Shetty opted for Ooty. Various song sequences and scenes were filmed in the lush green hills and pastures of the hill station. The Ajay Devgn-Parineeti Chopra lead was a visual treat for the audience.

Darjeeling’s natural beauty and innate charm have ensured that many Hindi filmmakers have found it feasible to shoot their films there. One of the films that made full use of the hill station’s picturesque locations was the one starring Ranbir Kapoor, Barfi. Ghoom Railway Station, Chowrasta, Tindharia, Keventer’s and Mall Street were some of the popular tourist destinations shown in the film. The extensive tea gardens, prayer flags and the Capital Clock Tower added to the authenticity of the setting.

Shillong’s history with rock music made it a suitable location to shoot a movie about, well, rock music. The sequel to the hit Rock On!! It didn’t really make the box office sing, but as far as locations go, it was spot on. Filmed primarily in Shillong and parts of Meghalaya, including Umniuh village in Ri-Bhoi district, Cherrapunjee and Laitlum, the picturesque locations were an added draw.

Meghna Gulzar’s sensitive film about India-Pakistan relations was mainly shot in Punjab and Delhi, but much of it also featured the beautiful valleys and landscape of Kashmir. According to reports, Srinagar and Pahalgam were the two places the film’s director chose in Kashmir to take her story forward. In Raazi, Alia Bhatt played a Kashmiri woman who marries a Pakistani army officer to go to Pakistan as a spy.

If you want to take a quick tour of the little ravines, nooks and crannies of Lucknow, then this movie starring Amitabh Bachchan-Ayushmann Khurrana might be the right movie to watch. The story of a grumpy old landlord and his stubborn tenant is set against the backdrop of Hazratganj and Chowk. The busy bazaars, grand havelis, tonga rides, and Lakhnavi’s tehzeeb which is reflected in both the narrative and dialogues will surely transport you to the land of the Nawabs.

Varanasi is a favorite location for many filmmakers who have often captured its ghats with their throngs of devotees. However, in Vicky Kaushal’s debut film, director Neeraj Ghaywan decided to show other facets of the city, including its burning ghats, especially Harishchandra Ghat, where funeral pyres burn 24 hours a day. Ghaywan also mentioned in a publication interview that Varanasi was the perfect setting for his film because the city is an amalgamation of the circle of life and death.