Acharya is a Telugu-language action drama film directed and written by Koratala Siva, released in the summer of 2018. Matinee Entertainment and Konidela Production Company are in charge of production. Chiranjeevi, Ram Charan, Kajal Aggarwal, and Pooja Hedge are among the actors in the film. According to the schedule, the acharya movie It will be released in theaters on April 29, 2022.

Acharya is an upcoming Telugu film directed and written by Koratala Siva, and is being produced by Matinee Entertainment and Konidela Production Company. The film is classified as an action drama film.

Mani Sharma wrote the soundtrack while Tirru was in charge of the cinematography for this film. Editor Naveen Nooli has worked on the project, while Suresh Selvarajan is in charge of visual effects. The film is primarily concerned with conveying a social message, with Chiranjeevi playing the character of Acharya in the film. 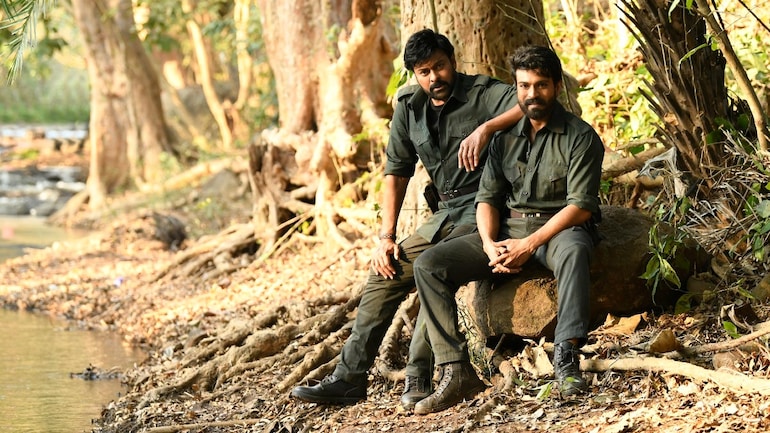 Two Ram Charan big-budget blockbusters are in the works, and anticipation for their release is growing among the public. Acharya, Ram Charan’s highly anticipated movie of the year, will be discussed today. Acharya cast, release date, budget, narrative, director, trailer and any other recent developments about the movie are provided here for your convenience.

According to the official synopsis, Acharya is a social drama in which Chiranjeevi and Ram Charan will star as Naxalites. The trailer for the movie appears to be excellent. It begins in Padaghattam, which appears to be serene at first, but quickly descended into chaos as the Reformers fought against the corruption of the temple’s funds. Acharya’s trailer has many suspenseful aspects and action sequences.

Acharya, starring Megastar Chiranjeevi and Ram Charan, released its teaser on April 12, and it looks like it will be an action-packed adventure. Thanks to its impressive aesthetic, the film immediately seems to be a success. Acharya also features Kajal Aggarwal, Pooja Hegde, and Sonu Sood as supporting characters.

The producers of Acharya have decided on a new release date for the film. The film, which stars Chiranjeevi and Ram Charan, will open in theaters on April 29. “After fruitful discussion and mutual agreement, we have decided to premiere Acharya on April 29, while RRR will premiere on March 25,” according to a statement from the producers.

“Due to the third wave, we had to postpone the release from February,” stated producers Niranjan Reddy and Anvesh Reddy, announcing the film’s release. We then planned to release the film for Ugadi on April 1st, which was the first day of April. RRR, on the other hand, is a big-budget pan-Indian movie that will be released on March 25. Because RRR and Acharya are great movies, the producer of RRR and us have agreed on how to proceed. By mutual agreement, RRR will be released in theaters on March 25 and Acharya on April 29 to provide enough time between the two films.”

An action film about social and political activism, Acharya tells the story of a middle-aged Naxalite who becomes a social reformer and wages a campaign against the Department of Endowments for mismanagement and theft of temple assets and money. . After a long absence, the release of the film also marks Trisha’s return to the Telugu film industry.

Last year, a writer and assistant director named Rajesh alleged that Acharya’s narrative had been stolen from his movie “Annayya.” However, the creators of Acharya quickly responded to the charges and dispelled any suspicions about the film.

Chiranjeevi plays the lead role of Acharya in the film, which marks Chiranjeevi’s debut collaboration with director Koratala Siva. It is one of the most anticipated South Indian movies.

The film is projected to have a budget of between Rs. 140 and Rs. 150 million rupees. Ram Charan is now working on projects with budgets of over Rs 100 crore, and his next feature film ‘RRR’ is expected to cost over Rs 350 crore.