Most Popular Netflix Movies of All Time

The most popular Netflix movies of all time, including ‘Red Notice’ and ‘The Gray Man’

“Red Notice” is Netflix’s biggest original movie ever, with 364 million hours watched in its first month.

“The Gray Man” finished at No. 4 on the service.

Netflix’s primary metric of hours viewed in the first 28 days gives a boost to longer movies like the three-and-a-half-hour “Irishman.”

Most Popular Netflix Movies of All Time: Red Notice, Don’t Look Up, Bird Box, The Gray Man, The Adam Project, Extraction, Purple Hearts, The Unforgivable, The Irishman, The Kissing Booth 2 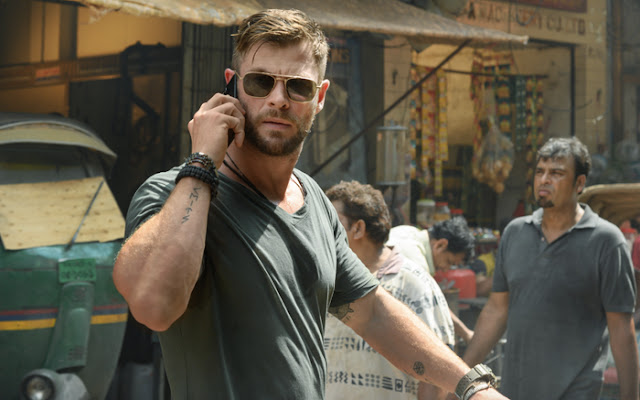 Description: “An FBI profiler pursuing the world’s most wanted art thief becomes his reluctant partner in crime to catch an elusive crook who’s always one step ahead.”

Description: “Two astronomers go on a media tour to warn humankind of a planet-killing comet hurtling toward Earth.”

Description: “Five years after an ominous unseen presence drives most of society to suicide, a survivor and her two children make a desperate bid to reach safety.”

Description: “When a shadowy CIA agent uncovers damning agency secrets, he’s hunted across the globe by a sociopathic rogue operative who’s put a bounty on his head.”

Description: “After accidentally crash-landing in 2022, time-traveling fighter pilot Adam Reed teams up with his 12-year-old self on a mission to save the future.”

Description: “A hardened mercenary’s mission becomes a soul-searching race to survive when he’s sent into Bangladesh to rescue a drug lord’s kidnapped son.”

Description: “An aspiring musician agrees to a marriage of convenience with a soon-to-deploy Marine, but a tragedy soon turns their fake relationship all too real.”

Description: “Released from prison into a society that won’t forgive her, a woman convicted of murder searches for the little sister she was forced to leave behind.”

Description: “Hit man Frank Sheeran looks back at the secrets he kept as a loyal member of the Bufalino crime family in this acclaimed film from Martin Scorsese.”

Description: “With college decisions looming, Elle juggles her long-distance romance with Noah, changing relationship with bestie Lee and feelings for a new classmate.”

The most popular Netflix movies of all time (With Image)