The 25 Best Psychological Thrillers Movies of All Time

See Also: 25 Three-Hour Movies You must-watch To Help Pass The Time, 20 films that feel like a vacation, The 10 Best Netflix Original Series of 2022 (So Far) 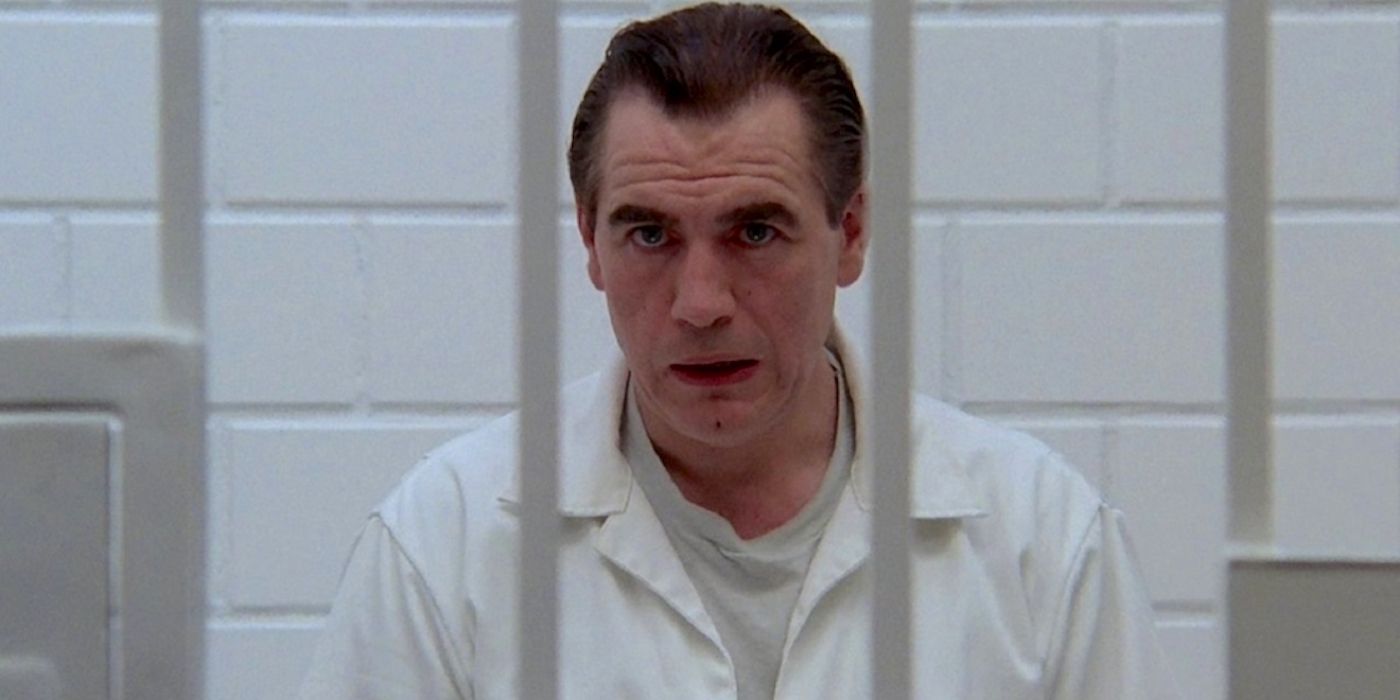 A neophyte FBI trainee (Jodie Foster) is pursuing a serial killer and enlists the help of an imprisoned former psychiatrist and cannibalistic serial killer Dr. Hannibal Lecter (Anthony Hopkins) to solve the case. That’s enough to pack theaters. The Silence of the Lambs certainly did while making more than $270 million. But overall, the movie is brilliantly terrifying and mind-bending. The role earned Foster a second Oscar victory and took him Best Picture. The Silence of the Lambs remains one of the most influential films of all time.,

No matter how many remakes or versions of the legendary Hitchcock project, the original still reigns supreme. Whether dubbed a psychological thriller or horror film, Psycho ranks near the top of either drama. From the tense storyline to the innovative camera work to those quick cuts, that notable score, and some of the most memorable scenes (think the shower), Psycho is American iconography at its finest.

Another offering from Alfred Hitchcock and James Stewart. While Vertigo is one of the most beloved psychological thrillers of all time, its true greatness goes beyond the plot of a former detective (Stewart), plagued by a fear of heights and vertigo, who is thrown back into his job by following the odd-behaving wife (Kim Novak) of a friend. The project is known for its film noir style of shooting.

Yes, many die-hard Stephen King fans prefer his classic novel over Stanley Kubrick’s popular film adaptation of this thrilling psychological horror concept. Jack Nicholson is simply brilliant as the aspiring writer who suffers from a severe case of “cabin fever” while caretaking a massive Colorado hotel with his wife and son for the winter. Upon release, the movie generated some mixed reviews, but in the decades that followed, it has become one of the most celebrated horror films of all time.

It should be safe to say that M. Night Shyamalan’s peak was with The Sixth Sense. The story is about the compassionate but workaholic child psychologist (Bruce Willis) treating a young boy (Haley Joel Osment) who claims to see and talk with dead people. That’s where the intrigue, twists, and supernatural elements take shape. It’s a six-time Oscar-nominated film. By the end, it has the viewer going back to see what they missed or how they could not have known what was going on all along.

More from David Fincher. Se7en is highly unsettling yet extremely entertaining. The law enforcement characters played by Brad Pitt and Morgan Freeman are noteworthy and powerful in subtle ways, but the deranged and casually unhinged John Doe (Kevin Spacey) remains one of the most sickening villains in movie history. The film’s ending is rather predictable but still unthinkable.

Natalie Portman won an Oscar for this role as a prominent ballerina who finds herself competing with a confidently devilish newcomer (Mila Kunis) for the starring spot in the beloved Swan Lake. The pressure and intensity of the competition and the production drive Portman’s Nina mad. Portman is so good in this movie that audiences can practically feel the pain and anguish she’s going through.

The late Heath Ledger was simply magnificent and disturbing when he played the famed DC villain from 2008’s The Dark Knight. However, when Todd Phillips decided to dig into the history and warped mind of the emotionally tortured and nihilistic former stand-up comedian and clown Arthur Fleck, it was a new ballgame. Joaquin Phoenix stepped in and delivered a performance of this poor-man-turned-criminal looking to exact revenge on society types that left audiences captivated and won a Best Actor Oscar.

Let’s get back to some Hitchcock. While putting Rear Window under the moniker of a psychological thriller is up for debate, this is certainly a thinking-person’s drama. It’s a mystery that always keeps the audience guessing. Starring James Stewart as the temporarily wheelchair-bound photographer who entertains himself by watching the happenings of his apartment’s neighbors, the film is technically brilliant and has long influenced mystery thrillers that followed.

Not all Stephen King novels have translated to successful movies, but that’s not the case with Misery. Of course, Kathy Bates was a big reason for the popularity of the film version. Starring as Annie Wilkes, an obsessed fan of writer Paul Sheldon (James Caan), Bates is sensationally unhinged. Of course, it becomes a hostage situation and a riveting run of entertainment. Bates won her only Oscar to date for the role.

Part psychological thriller, part horror film. This French masterpiece is about a wife and her husband’s mistress coming together to murder him — only to find their lives turned even more upside down when the body goes missing. The plot, innovative camera work, and complex characters have all helped hail this as one of the greatest thrillers of all time. And one that the aforementioned Alfred Hitchcock has cited as an influence.

Before Michael Douglas put his life in danger for a wild sexual relationship, he gave into a similar temptation with Glenn Close in this late ’80s box-office smash. It’s the ultimate stalker movie. Close earned a Best Actress Oscar nomination as the psycho-stalking Alex Forrest, while Anne Archer received a Best Supporting Actress nod as the wife burnt by husband Dan Gallagher (Douglas) and his affair.

Another movie that can fall under various categories but blended a mix of horror and psychological drama and the supernatural to deliver one of the best works of 2017. It’s Jordan Peele’s directorial debut. He also won the Academy Award for Best Original Screenplay for this film about a young Black man (Daniel Kaluuya) who finds himself involved in a world of horror when learning some shocking secrets about his new girlfriend’s (Allison Williams) family.

Once again, delving into the mind of David Fincher, the viewers’ collective psyche gets a workout in a movie that fits the genre, even though it’s not completely thrilling. It certainly keeps the audience thinking. Tyler Durden (Brad Pitt) may boast the life or persona some guys want, like the Narrator (Edward Norton). Tyler is carefree and confident. He has a chiseled chest, washboard abs, and no real feelings of respect, responsibility, or remorse. He’s a guilty pleasure, and his “fight club” allows other flawed humans an opportunity to live outside their comfort zone.

Again, maybe not the textbook example of a “psychological thriller,” but the disturbed mind of the main character, Travis Bickle, is something psychologists would love to get into. Robert De Niro earned his first Best Actor Oscar nomination for this performance as the disgruntled Vietnam War vet who drives a cab around at night. Travis is not clear-minded. His mental health is deteriorating, and his fuse is rather short. However, there is still some compassion and morality to the unhinged Bickle, especially when it comes to his interaction with the young but intelligent sex worker Iris (Jodie Foster).

Plot twists and the belief that something is too obvious to be true are usually hallmarks of the psychological thriller genre. That’s why Primal Fear succeeds in being so fascinating. In this case, Edward Norton’s Aaron Stampler is a seemingly troubled and tortured young man who harbors another sociopathic personality. Norton was nominated for an Oscar and won a Golden Globe for his performance.

Basic Instinct is the movie that made Sharon Stone a star and reinforced Michael Douglas as an elite Hollywood leading man. The intense and dangerous passion that Douglas’ Detective Nick Curran experiences with cunning and salacious author/murder suspect Catherine Tramell (Stone) are boiling point stuff. Of course, Stone’s somewhat controversial and uninhabited physical and mental performances are among the best within the psychological thriller genre — and why the film made more than $350 million around the globe.

Parasite can fall into a few different categories: Psychological thriller, dark drama, even black comedy. But in its own subtle yet engrossing way, the story about a financially strapped South Korean family inhabiting the house of a rich family keeps us involved from the get-go. Yes, there are subtitles, but it’s easy to follow, and the mysteries, dysfunction, and horror inside that house are so riveting that we forget how outlandish the plot really is.

Harry Caul (in a severely underrated but classic Gene Hackman role) is a surveillance expert who believes he happened upon a murder. The thrills and chills go on from there. Ultimately, the introverted and extremely private Caul must move beyond his comfort zone. Hackman earned a Golden Globe nomination for Best Actor.

One of Tim Robbins’ more underrated roles and a movie that gets lost in the shuffle among his other highly celebrated films. Jacob Singer doesn’t exactly know who he is or what’s going on in his life. Is he a Vietnam War veteran? A family man? A series of strange visions and hallucinations haunt Jacob as he tries to make sense of it all. It took some time, but over the years, Jacob’s Ladder continues to receive the praise it deserves.

While Hitchcock holds his own level of greatness when it comes to psychological thrillers, David Fincher has delivered some recent classics. Based on the 2012 novel, Gone Girl follows a husband (Ben Affleck) who becomes a suspect in his wife’s (Rosamund Pike) disappearance. She is quite creative regarding the happenings of her past, present, and potential future, which is why Pike received an Academy Award nomination for Best Actress.

Continuing with the David Lynch portion of our list. Blue Velvet set the table for films like Mulholland Dr. It takes the viewer on a wild ride of intrigue, conspiracy, and sexuality through this neo-noir mystery about a college student (Kyle MacLachlan) who gets caught up in a crime while having a steamy relationship with a questionable lounge singer (Isabella Rossellini). Though it received mixed reviews upon release, Blue Velvet has enjoyed a successful and influential shelf life.

David Lynch’s Mulholland Dr. is a movie that seems to get better with age. Maybe because it’s not your garden variety psychological thriller. Initially intended for television, Mulholland Dr. tells the story of an aspiring actress (Naomi Watts) and an amnesiac car accident victim (Laura Elena Harring) among the intertwining plots through vignettes that wrap everything together in a surrealistic kind of way.

Martin Scorsese and Leonardo DiCaprio have had a highly successful working relationship. And while Shutter Island might not be top of mind when it comes to Scorsese classics, the intrigue, twists, and turns are worth the time, as is Mark Ruffalo’s stellar supporting role. Former soldier-turned-U.S. Marshal Teddy Daniels (DiCaprio) investigates a missing patient at a psychiatric facility. Only to realize the situation, or himself, might not be what it all seems to be.

Legendary filmmaker Alfred Hitchcock remains the gold standard when it comes to directing psychological thrillers. Strangers on a Train offers a genius plot line about two people who meet on a train, one of which has psychopathic tendencies and decides to kill someone the other needs out of the way. The concept has been further recycled on the big and small screens but never compared to the original starring Farley Granger, Robert Walker, and Ruth Roman.

The 25 Best Psychological Thrillers Movies of All Time (Image)