The world’s tallest and most beautiful structures cast a hypnotic spell against the ephemeral palettes of the sky, creating incomparable scenes on the horizon that have captivated and will continue to captivate people around the world. These are some of the most beautiful skylines, ranked. 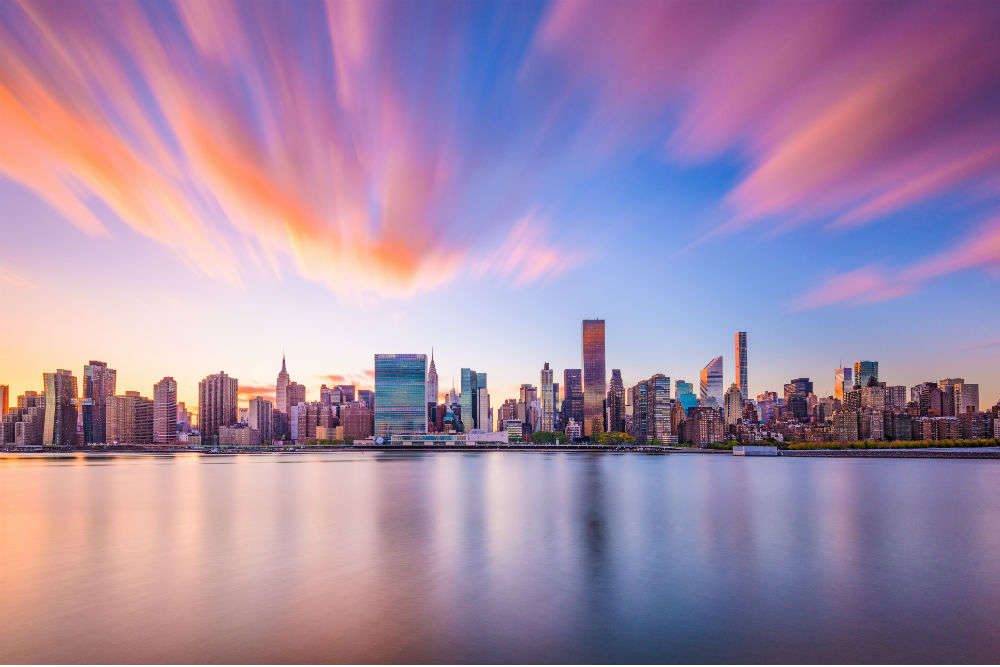 Hong Kong’s impressive architecture takes the cake, offering an expertly-designed skyline with over 7,000 high-rises—and four of the tallest 20 skyscrapers in the world—set against a gorgeous mountainous backdrop.

New York City is home to the largest number of skyscrapers in the world, including world-famous and culturally significant structures like the Empire State Building, One World Trade Center, 30 Rockefeller Plaza, and more.

Seoul’s impressive skyline is highlighted by the Lotte World Tower, which stands at 123 stories and is the tallest building in the country.

Singapore’s air traffic control limits the height of its buildings, but the city-state still manages to stun with unique structures like the Helix Bridge buildings and the shell-shaped Gardens by the Bay park.

The Windy City’s skyline shows off the Willis Tower, the second-tallest skyscraper in the United States.

Toronto’s iconic CN Tower, the tallest freestanding structure in the Western Hemisphere, combined with the Rogers Center and the impressive buildings of downtown, put Toronto in the top 10.

Tokyo’s skyline faithfully represents the city’s reputation as the world’s largest metropolitan area. Rising above the skyline, the Tokyo Sky Tree is the tallest tower (and second tallest structure) in the world.

The combination of the Space Needle observation tower and Mount Rainier looming in the background makes Seattle’s skyline hard to forget.

Not long ago, Shenzhen was just a small fishing village. It is now commonly known as the “skyscraper capital” of China.

The largest city in Texas has more than 45 skyscrapers that exceed 130 m (427 ft), making for an impressive skyline scene from more than one angle.

The iconic Sydney Opera House, combined with its highly developed urban center, puts Australia’s most populous city on this list.

Especially since hosting the 2008 Summer Olympics, Beijing’s infrastructure has seen fantastic growth. Its skyline features CCTV’s unique headquarters in a radical new form that no city has seen before.

The huge and recognizable statue of Christ the Redeemer is the icing on the impressive Rio skyline, combining the best of man-made architecture and that of mother nature.

Bangkok’s sprawling skyline reflects the city’s explosive growth and shows such beauty in its chaos.

The iconic Golden Gate Bridge and San Francisco Bay take the city’s already impressive skyline to the next level.

The Indonesian capital has one of the largest metropolitan areas in the world and its most distinctive building, Wisma 46, is the tallest building in the country.

London’s skyline is usually recognized by Big Ben, the London Eye and the Palace of Westminster, but its cityscape offers an equally impressive collection of buildings such as the Pinnacle, 30 St Mary Ax (formerly the Swiss Re building, but better known as the Gherkin ) and Tower 42.

One of the most iconic and recognizable skylines in the world, the “City of Love” has an almost permanent place on this list.

Central America’s most impressive skyline can be found in Panama City, where skyscrapers line the curving coastline.

One of America’s oldest cities, Boston’s skyline paints its waterfront in a dazzling display at night.

Taiwan’s capital is a high-tech global city with advanced architecture that makes for a beautiful skyline. The Taipei 101 skyscraper was the tallest building in the world until the Burj Khalifa dethroned it.

Frankfurt maintains its traditional European low-rise structures, but has also created a modern high-rise district that ranks it among the top 25 skylines in the world.

The twin buildings of this capital’s skyline are the Petronas Twin Towers. They are the tallest twin structures in the world.

Shanghai is the most populous city in the world, with more than 24 million inhabitants. The highlights of its futuristic skyline are the Shanghai Tower and the distinctive Oriental Pearl Tower.

Dubai is the most architecturally advanced emirate in the United Arab Emirates. Its incredible skyline features the Burj Khalifa, also known as the tallest building in the world.

The 25 Most Impressive Skylines in the World with Image