New York City might just be the most iconic destination in the world, at least when it comes to Hollywood movies. From mobster movies and romantic comedies to superhero movies and musicals, many stories old and new are told amidst the skyscrapers, bright lights, and busy streets of the Big Apple. 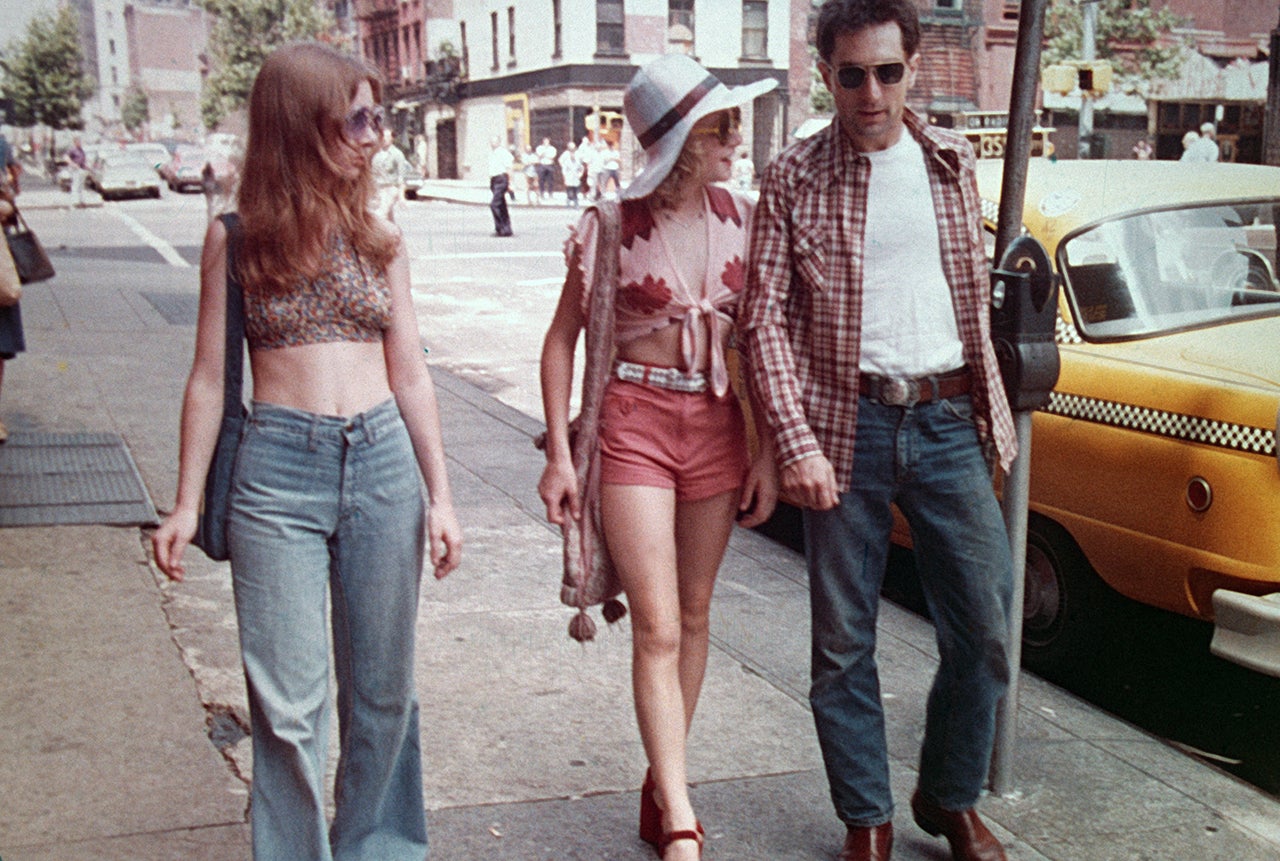 Working Girl tells the story of a secretary who, after discovering her boss stole her ideas, takes matters into her own hands. From Melanie Griffith’s ride on the Staten Island Ferry past the Statue of Liberty to panoramic views of skyscrapers from Sigourney Weaver’s office, this film is a love letter to the hustle and bustle of working in the Big Apple.

The American Museum of Natural History is a New York City landmark that many visitors have probably fantasized about exploring after dark. That fantasy comes true in the movie Night at the Museum. In the film, a security guard (Ben Stiller) experiences chaos when all the ancient statues in the museum’s exhibits come to life at night under the power of an Egyptian stone.

Elements of the beloved Christmas movie Elf, starring Will Ferrell and James Caan, may have their roots in fiction, but the portrayal of New York City is real. In fact, many of the scenes on the streets of the city were shot with ordinary New Yorkers, who didn’t even know they were in a movie. The film tells the story of Buddy (Ferrell), a man who grew up in the North Pole thinking he was an elf. However, after learning that his real father (Caan) lives in Manhattan, Buddy ventures out to meet him.

Set in the 1930s, the musical film Annie captures the glamor of New York City’s Fifth Avenue mansions and Radio City Music Hall, but also the chaotic markets of the Lower East Side, though most of the movie was not actually filmed in New York City. Annie tells the story of an orphan who is given the chance to live with a very rich man; however, the angry owner of the orphanage has other plans.

The first Home Alone movie centers on Kevin McCallister (Macaulay Culkin) as he defends his home from two bumbling thieves after his family forgot to take him on vacation. In Home Alone 2: Lost in New York, audiences can follow Kevin as he defends a toy store (based on the real-life FAO Schwarz) from the same robbers in New York City, venturing through Rockefeller Center , The Plaza Hotel and more. New York City landmarks in the process.

When Harry Met Sally is considered by many to be the best romantic comedy of all time. Two strangers, Harry (Billy Crystal) and Sally (Meg Ryan), who reluctantly shared a car to drive to New York City, meet again years later and form a friendship that takes a turn for romance, despite his hesitation in becoming a couple. This film takes viewers through numerous landmarks in New York City, from Katz’s Delicatessen to Central Park.

The poignant message of Spike Lee’s Do the Right Thing still resonates with audiences decades after its release. Set in Bedford-Stuyvesant, Brooklyn, and starring Spike Lee, Danny Aiello and Giancarlo Esposito, the film tells a true-life story that focuses on the racial tension that grows in the neighborhood between black residents and pizzeria owners. Italian-Americans.

After 12-year-old Josh Baskin wishes he was “big,” he wakes up in the body of a 30-year-old man (Tom Hanks). While Josh and his best friend try to figure out how to make him a boy again, Josh heads to New York City and soon lands a job at a major toy company. Big’s most famous scene takes place in an old New York landmark, the FAO Schwarz toy store, where Josh plays the giant piano with his new boss.

Many of the New York locations featured in The Godfather still look the same today, from Old St. Patrick’s Cathedral to the St. Regis Hotel. Considered by many to be the greatest movie of all time, The Godfather, starring Marlon Brando, Al Pacino and James Caan, tells the story of an elderly mob boss who passes on his criminal empire to his reluctant son.

Even those who have never seen the classic movie King Kong are probably familiar with the image of Kong (the giant gorilla-like beast) climbing the Empire State Building. This film tells the story of an ape who is captured and brought to the Big Apple for display after a film crew finds him on a tropical island.

This film takes a darker look at the common New York yellow cab. Taxi Driver follows a disturbed and insomniac veteran, Travis Bickle (Robert De Niro), who takes a job as a night shift cab driver in New York City. Disgusted by what he sees on his route, Bickle becomes obsessed with the concept of saving the world.

On the SATC television series, viewers from around the world experienced the ups and downs of dating, friendship and everything in between in New York City. The story in the big screen sequel picks up where the series left off; Carrie Bradshaw (Sarah Jessica Parker) is soon to be married, but after being left at the altar, she turns to her friends for support.

The Macy’s Thanksgiving Day Parade is one of the largest annual public events in New York City. It makes sense that a movie would be made around this huge celebration, and the iconic New York department store that hosts it (Macy’s). In the classic movie Miracle on 34th Street, a single mother and her daughter experience more joy in their lives thanks to the help of a man who claims to be the real-life Santa Claus and a kind neighbor.

Breakfast at Tiffany’s tells the story of a lost young woman torn between her empty social life and a budding romance with her neighbor. This classic film, based on the Truman Capote novel, became the most famous role in Audrey Hepburn’s legendary career. She also produced some of the most famous cinematographic images of all time: In moments of reflection, Hepburn’s character strolls past Tiffany’s on Fifth Avenue.

New York City is the perfect setting for Spider-Man, as he can jump from building to building with his webs. In the Spider-Man movie, young student Peter Parker (Tobey Maguire) discovers that he has superhuman powers after being bitten by a genetically modified spider. Peter decides to use his powers for good and rid the city of evil, which includes saving his crush (Kirsten Dunst) and sharing an iconic upside-down kiss in the rain.

After three scientists are fired from their jobs at Columbia University, they decide to create a business around their interest in paranormal activity: The Ghostbusters. Soon these men (Bill Murray, Dan Aykroyd, and Harold Ramis) are called to save the city, resulting in a memorable scene with the giant Stay-Puft Marshmallow Man bringing down the skyscrapers of Manhattan.

This Martin Scorsese film, based on the real life of New York mobster Henry Hill, is considered by many to be one of the best gangster movies of all time. Goodfellas follows Henry (Ray Liotta) as he leads a life of crime in and around New York City with his fellow mobsters, played by Robert De Niro and Joe Pesci.

The love for New York is actually one of the things that unites the main characters in You’ve Got Mail. In the film, rival bookstore owners played by Meg Ryan and Tom Hanks fall in love on an online chat platform where their identities are hidden. However, after spending more time together, at New York’s Upper West Side institutions like Gray’s Papaya and Zabar’s, the two soon strike up sparks in person as well.

Based on the true story of Jordan Belfort, The Wolf of Wall Street captures the rise and fall of a New York City stockbroker in a dark and comedic way, but with many real elements. Starring Leonardo DiCaprio as Belfort, the film invites audiences into the world of Wall Street and the Financial District of Manhattan, complete with the Equitable Building, the New York Stock Exchange and more.

Based on the hit Broadway musical, Rent follows a group of bohemian friends as they navigate life, loss, and relationships during New York’s AIDS crisis. Although the story takes place between 1989 and 1990, many will still recognize the East Village buildings that appeared in the film.