Not all Christmas songs are boring. These 10 pop music carols are sure to brighten up your vacation.

The very idea of ​​Christmas can stir your senses, and we’re not just talking about the Christmas songs on this list. It is the taste of gingerbread. The vision of your favorite Christmas movie. The cold winter wind. The screeching sound of a chorus of toneless toddlers struggling to play an out-of-tune version of “Jingle Bells” for the 74th time.

When most of us think of Christmas songs, we think of the worst. But in reality, pop music has gifted the world with its fair share of perennial hits. You usually have to bypass The Beach Boys and Biebers to get there, but the holiday cheer has found its way into pop, hip-hop, R&B, metal, punk, indie… you name it. And as a gift for you, we’ve rounded up 10 Christmas songs so incredibly catchy that you might want to listen to them all year long. However, good luck finding the punch in August.

List of Top 10 Best Christmas Songs of All Time

1. ‘All I Want For Christmas Is You’ by Mariah Carey
2. ‘Last Christmas’ by Wham!
3. ‘Christmas (Baby Please Come Home)’ by Darlene Love
4. ‘Stay Another Day’ by East 17
5. ‘White Christmas’ by Bing Crosby
6. ‘Fairytale of New York’ by The Pogues and Kirsty MacColl
7. ‘Christmas Wrapping’ by The Waitresses
8. ‘Do They Know It’s Christmas?’ by Band Aid
9. ‘Rockin’ Around the Christmas Tree’ by Brenda Lee
10. ‘Happy Xmas (War Is Over)’ by John Lennon & Yoko Ono 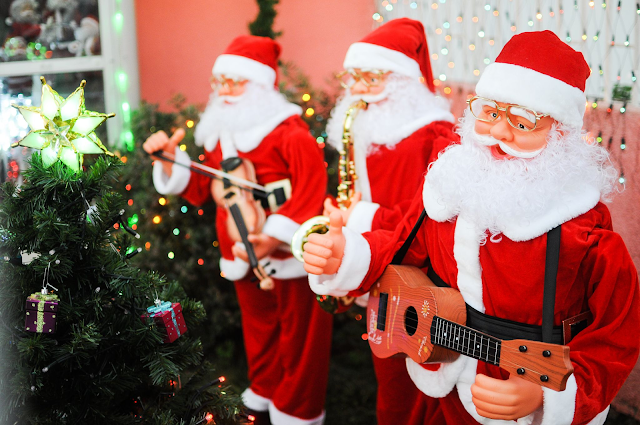 ‘All I Want For Christmas Is You’ by Mariah Carey

In 2020, after 26 years, Mariah Carey’s Christmas classic finally reached number one on the UK charts. Narrowly beating Wham’s ‘Last Christmas’ (which, by the way, never made it to number one) is a feat that feels well deserved, especially since this utterly festive film has re-entered the Top 40 every year. since 2007. It’s a song that’s helped Carey get the nickname the Christmas Queen, something she seems to take very seriously with numerous Christmas tours and TV specials, the last of which made it to Apple TV +. It seems that after all these years, the people of the UK have finally told Mariah, “All we want for Christmas is you.”

A doomed romance ballad, “Last Christmas” features chimes and synths, plus some truly memorable knitwear in the video. But what really sets “Last Christmas” apart is George Michael’s delivery with the heart on his sleeve: his genuine horror of anguish (“OMG! I thought you were someone to trust”) and sexy, nostalgic whispers. The words “Merry Christmas” never sounded so sexy.

Is this the most poignant Christmas tune of all time? Probably the combination of Darlene Love’s impeccable pleading voice, Phil Spector’s gloriously tinselly production, and Ellie Greenwich and Jeff Barry’s magical songwriting could make anyone, even the greatest Scrooge, melt like a snowman under a snowman. hair dryer. It is an absolutely perfect Christmas song.

East 17’s all-time Christmas classic wasn’t supposed to be a Christmas song at all. As Tony Mortimer, a member of the group from Walthamstow, England, recently told us that it is actually an incredibly sad song inspired by the suicide of his brother. That raw emotion seems to seep into the group’s wonderfully somber four-part harmonies and even the inevitable sleigh bells of the Christmas song, producing an unparalleled exercise of holiday melancholy.

The power of Christmas nostalgia itself is greater than actual memories. So we can all go back with Bing in this 1940s issue written by Irving Berlin to a white Christmas like the ones we used to know, even if our true past is full of crushing disappointments (December 25, 1993, no Hornby game of trains).

‘Fairytale of New York’ by The Pogues and Kirsty MacColl

When was the last time you correctly heard the epic fable set in the Big Apple by Kirsty MacColl and The Pogues? Close your eyes and give it a try, and if you’re not shattered by the fading, your heart (like your grandma’s sweater) is two sizes smaller. “Fairy Tale …” is a perfect four-minute narrative of hope, despair and anguish and, despite the profanity, ends with love.

‘Christmas Wrapping’ by The Waitresses

If you love new wave bands like Blondie and Talking Heads, this is definitely the Christmas song for you. It begins cynically with singer Patty Donahue declaring “I think I’ll miss this one this year,” before an unexpected romance blooms in the final stages and warms her jaded cockles. As for the holiday tunes, this one is as dry and delicious as the champagne paid for by your boss.

‘Do They Know It’s Christmas?’ by Band Aid

Bob Geldof and Midge Ure’s 1984 reaction to the Ethiopian famine, with contributions from Phil Collins, Sting, Macca and Bono, was a publicity machine of epic proportions. It worked: “Do you know it’s Christmas?” It stayed in first place for five weeks and was the biggest UK chart hit of the decade. Put all that aside, and it’s also a great (and surprisingly unconventional) pop song, to hell with the weather misunderstandings about snow.

‘Rockin’ Around the Christmas Tree’ by Brenda Lee

Being Jewish, composer Johnny Marks didn’t celebrate Christmas, but in the 1940s and 1950s he wrote some of the best Christmas songs of all time. Among them are ‘Rudolph, The Red-Nosed Reindeer’, ‘I Heard The Bells of Christmas Day’ and this one: an ear-pleasing rock ‘n’ roll tune sung by a 13-year-old Brenda Lee. , which really needs no introduction.

‘Happy Xmas (War Is Over)’ by John Lennon & Yoko Ono

Euphoric and scathing, as hopeful as it is resigned, John Lennon and Yoko Ono’s definitive holiday song of peace in the land of John Lennon has transcended its original purpose against the Vietnam War to become a Christmas stalwart. 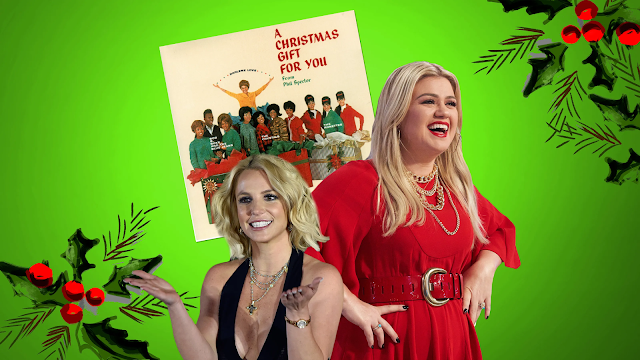