The most iconic song intro of all time

Introduction to the 20 Most Iconic Songs of All Time

We know a song is really good when it comes with an intro and we instantly recognize it. Whether it’s a guitar riff, a piano melody, a beat or something else, we don’t need much else to know what song we’re listening to!

Now is the time to bring you the intro to the most iconic song of all time. Click to discover them all. 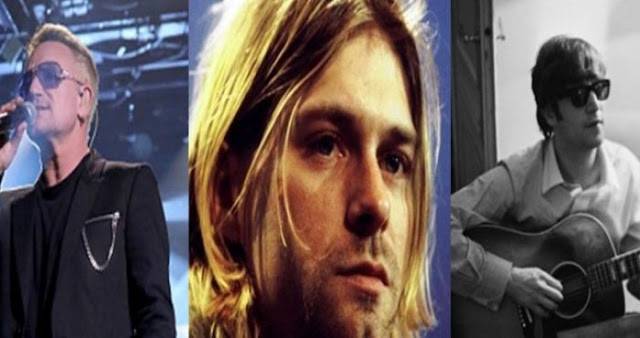 Most Iconic Songs of All Time: ‘Nothing Else Matters’ by Metallica, ‘Iron Man’ by Black Sabbath, ‘Don’t Stop Believin” by Journey, ‘Stairway to Heaven’ by Led Zeppelin, ‘Jump’ by Van Halen, ‘Creep’ by Radiohead and more

‘Nothing Else Matters’ by Metallica

Metallica’s famous ballad got many kids to pick up guitars in the ’90s and start playing. But there’s more. ‘Master of Puppets,’ ‘Enter Sandman,’ and ‘Sad But True,’ among many others, also have epic intros.

The heaviness of Tommy Iommi’s string bending, followed by one of the most recognizable guitar riffs of all time, make ‘Iron Man’ really special.

The major key piano intro in this Journey classic just sounds so positive and hopeful. Indeed it is timeless.

‘Stairway to Heaven’ by Led Zeppelin

The iconic British rockers have many famous song intros. Among them, we picked the haunting melody of ‘Stairway to Heaven.’ Of course, there are a lot more, including ‘Whole Lotta Love.’

You couldn’t be a keyboard player in the ’80s and not know how to play ‘Jump,’ right?

Probably one of the first songs aspiring guitarists in the ’90s learned to play, ‘Creep’ not only is a classic, but it also has a very recognizable intro.

‘Should I Stay or Should I Go’ by The Clash

The guitar intro on this punk rock classic sets the tone for the rest of the song, and just sounds really cool!

‘Never Tear Us Apart’ by INXS

The melancholic chord progression on the keyboard in the intro of this INXS hit is as iconic as it gets.

‘Under the Bridge’ by Red Hot Chili Peppers

The guitar intro to this Red Hot Chili Peppers song really is something special. So much so that we can recognize it as soon as we hear it.

Depeche Mode delivers an epic synth line on this song that is almost impossible to forget. ‘Never Let Me Down Again’ is also a good example, as are so many other songs by the British band.

Now, this is what a sexy sax intro should sound like. George Michael really hit the nail on the head with this one, and we love it!

‘Money for Nothing’ by Dire Straits

The words “I want my MTV,” followed by a crescendo and Mark Knopfler’s epic guitar riff, make this song a Dire Straits classic. Another song by the band also has a guitar intro that we all know. That song is, of course, ‘Sultans of Swing.’

‘The Final Countdown’ by Europe

The year was 1986. Hard rock Swedish band Europe released a song with one of the most iconic intros of all time, and we still recognize it to this day.

Slash’s iconic guitar intro was originally an exercise he did to warm up his fingers. It turned into one of the most recognizable intros of all time!

It’s (almost) impossible to not recognize the beautiful piano intro to ‘Imagine.’

‘Back in Black’ by AC/DC

If there’s an intro that make you smile and headbang immediately, it’s ‘Back in Black.’ Though as far as iconic intros go, the Aussie rockers have many more, including ‘Thunderstruck’ and ‘Highway to Hell,’ to name a few.

‘Eye of the Tiger’ by Survivor

Released in 1982 and famously part of the soundtrack of ‘Rocky III,’ ‘Eye of the Tiger’ really is a classic with an epic intro.

Bands such as Nirvana have many instantly recognizable song intros. ‘Smells Like Teen Spirit,’ however, is on another level. The guitar chords strummed by Kurt Cobain, followed by Dave Grohl’s drumming, is just spectacular.

The guitar line, followed by the Man in Black’s iconic percussive guitar strumming, makes this one of the most recognizable song intros of all time. Cash’s 1963 hit ‘Ring of Fire’ is also a strong contender, with its Mariachi-style trumpet intro.

A simple drum beat and an iconic synth line. It’s all it takes to make us tap our feet and click our fingers to the intro of this Michael Jackson tune.

The intro the this southern rock classic is instantly recognizable. You can almost feel the warm sunshine on your face as the guitar starts playing.