The Top 20 Best Movies About Pilots

The best movies about pilots: The Rocketeer, Hot Shots!, Red Tails, Wonder Woman, Bridge of Spies, Captain Marvel, American Made, The Great Waldo Pepper, Iron Eagle, Catch Me If You Can, Charley Varrick,,,,,

Well, the Rocketeer, the semi-superhero from this throwback flick, uses a jetpack to fly, so he’s kind of a pilot. However, the man in the mask, Cliff Secord, is a stunt pilot for a living before he gets his hands on the experimental flying device. “The Rocketeer” didn’t get a lot of love when it came out, but since then has been reconsidered as a fun, fresh action film.

We talked about “Top Gun” earlier. Now we get to “Hot Shots!” which is a parody of “Top Gun” and similar military films. Basically, it’s “Airplane!” or “Naked Gun” for that kind of film. Charlie Sheen stars in “Hot Shots!” and also returned for the sequel. They aren’t quite on the “Airplane!” level, but they have their laughs.

George Lucas’ non-“Star Wars” films are hit or miss. Well, his “Star Wars” films are also hit or miss. However, he used his capital and goodwill in order to make “Red Tails” in 2012. The movie tells the story of the Tuskegee Airmen, an Air Force squadron during World War II consisting entirely of African-American pilots. Lucas did not direct to be fair – other than some additional material – but he did produce it and was the face of the promotion. It was clearly a passion project for him. Alas, it was also a flop.

No, Diana is not a pilot. Well, not in the movie at least. She did fly an invisible plane in the comics and TV show. However, Steve Trevor, as played by Chris Pine in the film, is a pilot. He crashes near Diana’s homeland which is what brings her into “our” world. He may get second billing, but Trevor is enough a part of this movie to consider it about a pilot.

Alright, so “Bridge of Spies,” is a legal drama based on a true story, but what’s that story about. It’s about the United States and the Soviet Union exchanging spies for one another. The American spy? Francis Gary Powers, a spy plane pilot shot down over the Soviet Union. A pilot is at the center of the story, even if Tom Hanks is also in the movie and Mark Rylance won an Oscar.

You may remember Captain Marvel from the end of the movie when she is super powerful and flying through space (so powerful that it kind of renders a sequel moot, but that’s a story for another day). However, she began life, as she finds out, as a test pilot named Carol Danvers. Yes, Captain Marvel is a pilot, and so is her best friend and lost mentor.

Tom Cruise is at it again! This Doug Liman film is as shimmering and kinetic as “Top Gun,” but it’s a more sordid film. Based on a true story, Cruise plays Barry Seal, a pilot who flew missions for the CIA, a drug cartel, and also the DEA. Yeah, he was a busy guy.

George Roy Hill loved to work with Paul Newman and Robert Redford. After making “The Sting,” and before making “Slap Shot,” Hill and Redford made “The Great Waldo Pepper.” Redford stars as Pepper, a former World War I pilot who joins a flying stunt show to try and bring some excitement back into his life.

“Iron Eagle” lives in the shadow of “Top Gun.” They came out the same year, but “Top Gun” was a huge hit, and “Iron Eagle” suffered in comparison. It has a very similar plot, but not the same stardom. However, “Iron Eagle” has three sequels. “Top Gun” is only now getting its first one.

Frank Abagnale Jr. conned and swindled his way into doing a few things in life. He pretended to be a lawyer and a doctor, but he also swindled his way into being a pilot for Pan Am, though obviously, he doesn’t know how to fly planes. He’s mostly in it for the perks and the cash, as he eventually turns the Pan Am payroll checks he has his hands on into millions in ill-gotten gains. So maybe Frank isn’t a pilot, but a lot of people believed him. Why shouldn’t we?

What if a pilot was a hero, but also perhaps a danger to himself and others? That’s the dilemma at the center of “Flight,” a film directed by Robert Zemeckis and starring Denzel Washington. It’s Washington who plays the pilot who manages to pull off an incredible flying feat, in spite of the fact he regularly abuses alcohol and drugs.

If you only know Walter Matthau from “Grumpy Old Men” or “Dennis the Menace,” you missed out on many gritty dramas that he excelled in. Sure, Matthau could do comedy as well, but many a grimy ‘70s film starred or costarred Matthau, including “Charley Varrick.” In the film, Matthau plays Varrick, a cropduster and former stunt pilot who now robs banks.

“Airplane!” is beloved by fans of all-out joke factories masquerading as movies. There is a gag a second in this iconic comedy. The film is a parody of movies like “Airport” and “Zero Hour” that were popular in the ‘70s. Those aren’t really about pilots necessarily, but Ted Striker, the de facto main character of “Airplane!” is. We’re serious. And don’t call us Shirley.

You have likely heard of Pearl Harbor (the Michael Bay movie on that we decided not to include because it is bad), but are you familiar with the Doolittle Raid? This was the first American airstrike on Japan after Pearl Harbor. “Thirty Seconds Over Tokyo” is about that raid. It was also written by Dalton Trumbo before he was blacklisted from Hollywood.

“Wings” is a true piece of cinema history. Specifically, the World War I film was the first movie to win Best Picture at the Academy Awards. It’s also the one true silent film to win Best Picture, as “The Artist” doesn’t really count. Fortunately, despite being almost a century old at this point, “Wings” has been preserved for posterity.

There are a few different pilots in “Independence Day,” and we aren’t talking about the aliens piloting those spacecraft (we stuck to Earth-based flying machines here). Randy Quaid flies a crop duster but returns to a military plane to save the day. Will Smith is a pilot, of course, and even the President gets back behind the wheel of an airplane to fight off the alien invaders.

Howard Hughes did many things in his life. He made movies. He dated celebrities. And, of course, he was preoccupied with flying. Specifically, Hughes dedicated a lot of time and money toward the building of a massive aircraft known colloquially as the “Spruce Goose.” All this and more is covered in “The Aviator,” a very good film directed by Martin Scorsese and starring Leonardo DiCaprio and Oscar-winner Cate Blanchett.

You may have heard of Chesley “Sully” Sullenberger and the “Miracle on the Hudson.” The pilot famously landed a plane on the water under emergency circumstances with no casualties. This act of heroism got him a biopic, where he was played by noted nice guy Tom Hanks.

We feel the need. The need for speed. Tom Cruise, Val Kilmer, and more hotshot young ‘80s actors are all in “Top Gun,” one of the quintessential films of the decade. These flyboys spend plenty of time in their planes, but also some time playing beach volleyball.

The best movies about pilots

All we really want from a pilot is to get us from point A to point B in one piece and, hopefully, not make “lost wages” jokes. However, from a movie point of view, that’s kind of boring. Sure, most of these movies are something we’d never want to see on a plane, but they’re movies about pilots that are worth watching. These are some of our favorites. 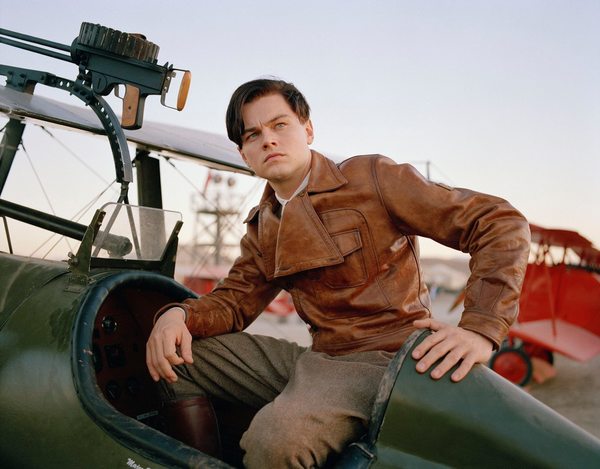 Top 20 ‘Harry Potter’ Movie in the Franchise, According to Data
The Top 20 Best Movies About Pilots
The 10 Best Olympic-Related Movies